Keeping a helicopter base at Portland's Osprey Quay 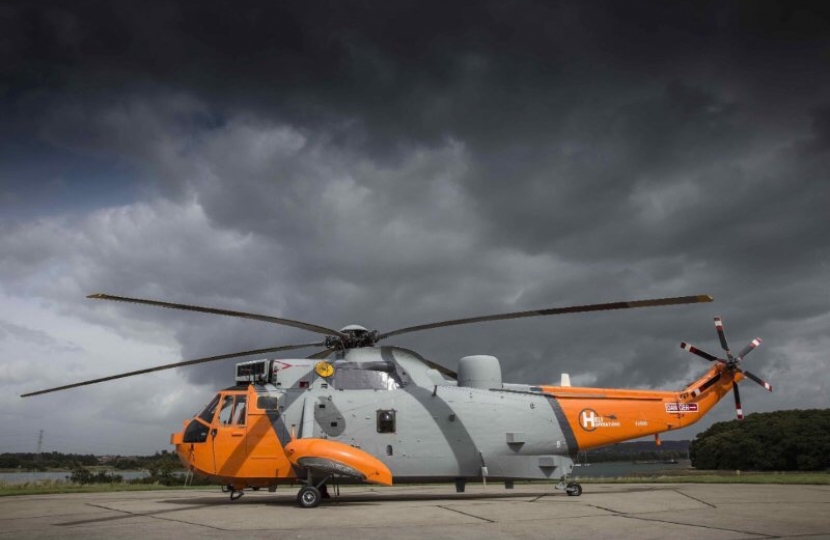 HeliOps continues to develop its business on Portland, as well as their other sites in South Somerset and Cornwall. The facilities at Osprey Quay have been significantly improved in the last two years and the number of employees increased. In a new and exciting development, HeliOperations hopes to begin training with their newly acquired Leonardo AW139 helicopter later this year.

The base has also served as a refuelling point for military helicopters on many occasions and remains available for SAR helicopters, should it be needed, confirming Richard's and other campaigners' views that this was always a crucial site.

HeliOps continues to thrive despite the uncertainty and economic impact of COVID and currently employs almost 50 personnel across three sites in the South West. Live flying training is delivered at Portland where the company continues to support the German Navy with specialist aviation training courses for both experienced and inexperienced aircrew.  Using its fleet of former MOD Sea Kings, HeliOps has, to date, successfully trained 14 ab-initio Search and Rescue pilots and 7 Search and Rescue Captains in their vital, life-saving task.

Osprey Quay will continue to operate as a helicopter base

The state-of-the art helicopter base on Portland was, for 58 years, home to Search and Rescue (SAR) helicopter. Run first by the Royal Navy and then by the Marine and Coastguard Agency (MCA), it was withdrawn in July 2017, when the base at Osprey Quay was closed as part of a reorganisation by the Department of Transport. The closest MCA SAR helicopters now operate from Solent, Southampton and Newquay in Cornwall.
The MCA’s original decision four years ago to close the base was energetically opposed by many campaigners including Richard, who called debates in the House, invited Ministers to Portland, met the Prime Minister and wrote a report for the Transport Select Committee in his efforts to save it.
The decision was attacked from all sides, above all because data showed that 25% of all SAR callouts were centred on the south coast. Spreading the remaining ten helicopters at equal intervals around Britain's shoreline, whilst appearing fair, simply meant more helicopters travelling further to incidents. Also, as Richard pointed out frequently, despite the new SAR helicopters being larger and faster, there were fewer of them, and no helicopter can be in two places at one time.
Local doctors, divers, constituents and visitors all rallied to save the helicopter, marching on Downing Street with a petition. However, despite everyone's efforts, the SAR helicopters were, regrettably, withdrawn.
Alternatives for the site were sought and Richard was delighted when HeliOperations, a commercial helicopter company, finally completed their purchase of the base on August 30, 2017. Their first activity is training German Navy search and rescue pilots in a contract backed by the Ministry of Defence.
“This is wonderful news for South Dorset,” says Richard. “It represents the culmination of many years of effort by HeliOperations and it will benefit us all to keep rotors turning on Portland.”
“HeliOps will bring jobs and apprenticeships and a high level of professionalism to the area. Their instructors are all former Navy pilots and SAR experts, with the skills and expertise to attract contracts from across a wide spectrum of military and civilian aviation work.”
“For South Dorset, their presence at Osprey Quay will mean Coastguard SAR helicopters are able to land and refuel en route to incidents, saving precious time they would otherwise spend returning to more distant bases.”
“I would like to thank HeliOperations, Weymouth and Portland Borough Council and the Housing and Communities Agency (HCA) for their enlightened support of this solution to what was originally a sad loss for Portland. While we have, regrettably, lost our SAR facility, this must be the next best thing.”