Richard was delighted to re-elected the MP for South Dorset in December 2019.

He served across the world, including Germany, Cyprus, Kenya, Brunei, Hong Kong, the United States, London and three operational tours in Northern Ireland.

Richard enjoyed a variety of activities, ranging from ceremonial duties, such as Trooping the Colour to mark the Queen's birthday, to parachuting with the Guards' freefall team.

On leaving the army, he studied land management for three years at the Royal Agricultural College, near Cirencester, before embarking on a career in journalism, which spanned 17 years.

His early years were spent with the Yorkshire Evening Press, a daily broadsheet in York, where Richard qualified as a professional journalist.

While attempting to break into broadcasting, Richard did stints at Tyne Tees TV, the Daily Express and the Daily Telegraph.

He became one of the station's senior reporters, working across the south of England and occasionally abroad.

Those trips took him to Haiti, Florida and South America.

In 2006 he was selected as the Conservative parliamentary candidate for South Dorset.

At the same time, he took over the family business and retired from the BBC.

Richard, who has four children, is married to Elsebet, who is from Norway.

Richard is honoured to have been asked to become an Honorary Watchkeeper at Portland’s Coastwatch station, which is run by volunteers.

Keen to educate children about the countryside, Richard continues to invite schoolchildren to his farm every year.

It has proved hugely popular.

Over the past nine years as MP, Richard has thrown himself into many causes and campaigns.

In addition to serving his constituents, Richard’s role has seen him representing many causes and organisations, such as schools, farmers, police, pensioners, hospitals, fishermen, local services, our Armed Forces and prison officers.

He will continue to serve, without fear or favour. 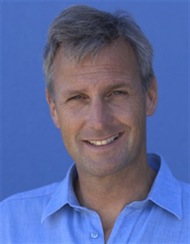 Photo courtesy of The Echo.