Getting faster, better trains to Weymouth 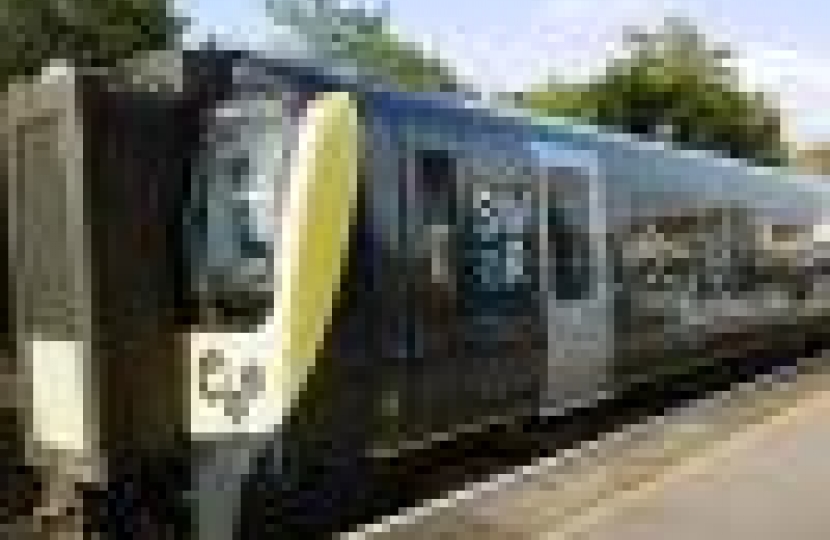 Richard has campaigned for a new, improved service from Weymouth to London via Yeovil Junction and Salisbury, which should shave at least 30 minutes off the total journey time from Waterloo to Weymouth. His campaign so far is detailed below.

However, for now, the British government has suspended the rail franchise system as the disruption from the coronavirus pandemic has hit passenger numbers hard. The Department for Transport announced in March 2020 that it would temporarily end normal franchise agreements and transfer all revenue and cost risk to the government for at least half a year. Operators will continue to run services day to day for a small management fee under an “emergency measures agreement”, it said.

In his quest to improve rail services from London to Weymouth, Richard is is now working with new South Western Railway franchisees, FirstGroup and MTR, who took over on August 20th, 2017. The service currently suffers from fewer, slower and shorter trains beyond Bournemouth, due to a reduction in electrification.

Richard met Andy Mellors, Managing Director of South Western Railway in the House of Commons on November 15, 2017, to discuss future plans for the service.

The meeting focused on concerns raised by Richard’s constituents over plans for a new timetable, which was mooted as part of a consultation which closed on December 22, 2017.

“Mr Mellors, who has already received at least 2,000 emails during the consultation about the new timetabling, assured me that SWR is listening.”

“SWR is proposing running faster peak trains from Weymouth to London, along with stopping services for local journeys. However, the infrastructure and power constraints on this busy line limit the amount of trains that can operate.”

“That’s why I continued to push for improvements to the Salisbury line and Yeovil Junction, which will speed up trains and reduce congestion. I am also delighted that Network Rail, which is responsible for rail infrastructure, has now documented these improvements.”

“I also again raised the issue of refurbishing Weymouth station, as I believe it needs it.”

Richard met the new operators as soon as they were in place in August 2017 and has continued to press for upgrades to both Weymouth Station and the line. In particular, Richard backs a new route to London via Yeovil Junction and Salisbury, which could cut at leat 30 minutes off the total journey time to the capital.

Richard's suggested new route would require the doubling of new track near Tisbury, some longer platforms at stations along the line and improvements to Yeovil Junction.

The Local Enterprise Partnership has presented a 95-page report on the upgrade requirements to the Minister, while South Western railway is investigating upgrading Weymouth Station.

After the results of the consultation are taken into consideration, revised plans will be presented by SWR to the DfT and then Network Rail for approval in March 2018.

Once SWR has an agreement, they plan to summarise the changes and prepare revised timetables for services planned for December 2018 onwards.

Meanwhile, SWR says that from May 2018, customers will start to see the benefit of some of the capacity improvements, while they work with Network Rail to improve infrastructure and minimise disruption.

Around 14% of all UK rail journeys are made on the current south western rail network, with 1700 trains per day serving more than 200 stations in London, Berkshire, Devon, Dorset, Hampshire Surrey, Wiltshire and the Isle of Wight.

Richard has long campaigned for the improvement of rail services to Weymouth, which suffer from fewer, slower and shorter trains due to a reduction in electrification beyond Bournemouth. Current plans under review  include a new, fast service to London Waterloo, via Dorchester West, Yeovil Junction and Salisbury, with no other stops. South West trains believed that with some infrastructure work this plan would be feasible and Richard will waste no time in meeting with the new rail operators to ensure that they are on board with the plans.

To improve speeds from Weymouth to London via a new route would be the culmination of many years of effort. On December 15, 2015, Richard led a delegration including other local MPs, Councillors and the LEP to a meeting with the Undersecretary of State for Transport, Claire Perry. On the same afternoon he called a debate in Westminster Hall to discuss the proposals and the benefits they would bring to towns all the way up the line.

In January 2016, the Minister asked Network Rail to investigate possible costs for the plan.

Meanwhile, Local Enterprise Partnerships, Local Councils and MPs along the route all submitted proposals to the DfT's South West Franchise public consultation, which closed on February 9, 2016.

The length of the new franchise is still to be determined.