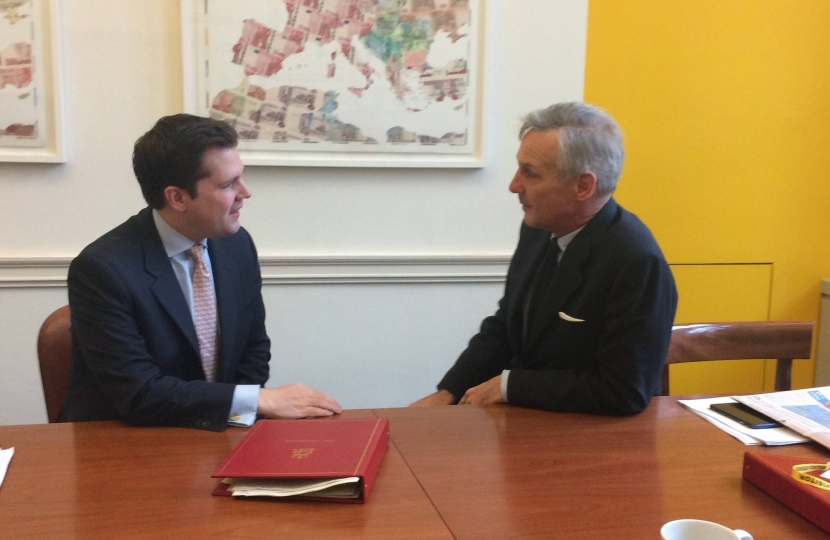 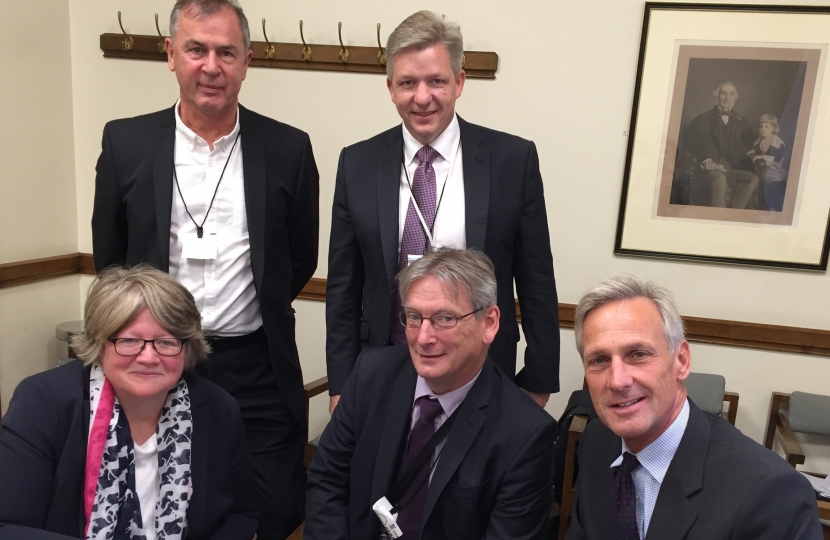 After a September 2017 meeting in which Richard brought together DEFRA minister, Therese Coffey, and Tri-Council Partnership Chief Executive, Matt Prosser in a bid to win extra funds for flood relief in Weymouth, there have been a series of funding awards to Weymouth.

In July 2018, the Weymouth Harbour Wall Improvements in South Dorset received £1.2m from the £40m Floods Regeneration and Growth Fund, which was added to the £2.8 million in Flood Defence Grant, also from DEFRA.
In March 2019, the DCLG announced £3.79 million awarded by the Coastal Communities Fund for the Weymouth Quay Regeneration Project.

At the same time, the Coastal Revival Fund also announced £40,000 for the Friends of Swanage Bandstand restoration and £46,150 for the Portland Museum.

Cllr Jeff Cant, Leader of Weymouth & Portland Borough Council, said: “This is great news for Weymouth & Portland. I am delighted that Government has responded so positively to our case. We had an excellent meeting with the Minister last year when we discussed the very real challenges Weymouth faces in funding repairs to aging infrastructure.”

“It is great to see that this direct involvement with Government is paying dividends. This has been a real team effort, building on work with the Environment Agency and the Regional Flood and Coastal Committee, as well as our local MP, Richard Drax.

“This funding will help to support the first phase of flood defence management and it is an important step forward to safeguarding Weymouth’s future and boosting the local economy.”

Richard has consistently championed Weymouth in its bid for £18 million to rebuild the harbour walls as flood protection for the town.

On May 10, 2018, he met Treasury Secretary Robert Jenrick to discuss the extra funds for Weymouth.

“I am delighted to say that the Minister agreed at our meeting to ask his officials to look into getting money from the coastal erosion fund for Weymouth. This is controlled by the environment agency and works on a formula depending on the number of properties at risk of flooding.”

“If this is not possible, the Minister has said there is potential for a one-off grant from the Treasury.”

“Without repairs to our harbor walls – all 2.5 km of them - the environment agency will not allow building. Weymouth’s future depends upon development. Therefore, we need a comprehensive, funded, flood defence programme in place.”

On June 13, 2018, Richard asked Theresa May at Prime Minister's Questions to confirm she would back a growing number of her ministers in supporting an £18m grant to rebuild Weymouth's flood defences.

The Prime Minister replied, commending Drax for his work, and saying, “I know he has worked hard on the issue of flood defences. I am sure, however, he will understand that Ministers need to consider the various options for allocations of the fund very carefully. We need to ensure we are getting the best possible outcomes across the whole country. The scheme to which he refers is on the list of projects being considered for the £40 million fund. It is intended to support high risk communities and I can tell him that we anticipate the decision will be made by summer 2018.”

The majority of Weymouth is very flat and low lying and is classified as flood zone 3 by the Environment Agency. Property thresholds in the Park district are less than 0.85 metres above sea level, while the street level is prone to surface water flooding.

“Weymouth needs to upgrade its flood defences dramatically,” says Drax, “Almost every year there is severe flooding in the town, caused by extreme tides and waves. We must build up our harbour walls – almost 2.5km of them - and upgrade 6.9kms of coastal flood defences. Without these improvements, 450 properties are currently at risk and these numbers will rise to 2150 over the next 100 years.”

“Ten per cent of our sea walls are at risk of imminent failure. The 2012 collapse resulted in repairs costing the Council £4.7 million.”

“These flood defence upgrades are of vital importance to Weymouth’s future development, partly because the Environment Agency will not allow building until a comprehensive, funded, flood defence programme is in place.”

“Weymouth has the highest population density in Dorset and development land is in short supply because we are surrounded by water on three sides. We must concentrate on regeneration and creating employment space in the town, but all this is threatened by our vulnerability to flooding.”

“Commerce will be Weymouth’s future lifeblood; along with our very able Council executives, I will continue to press for results.”